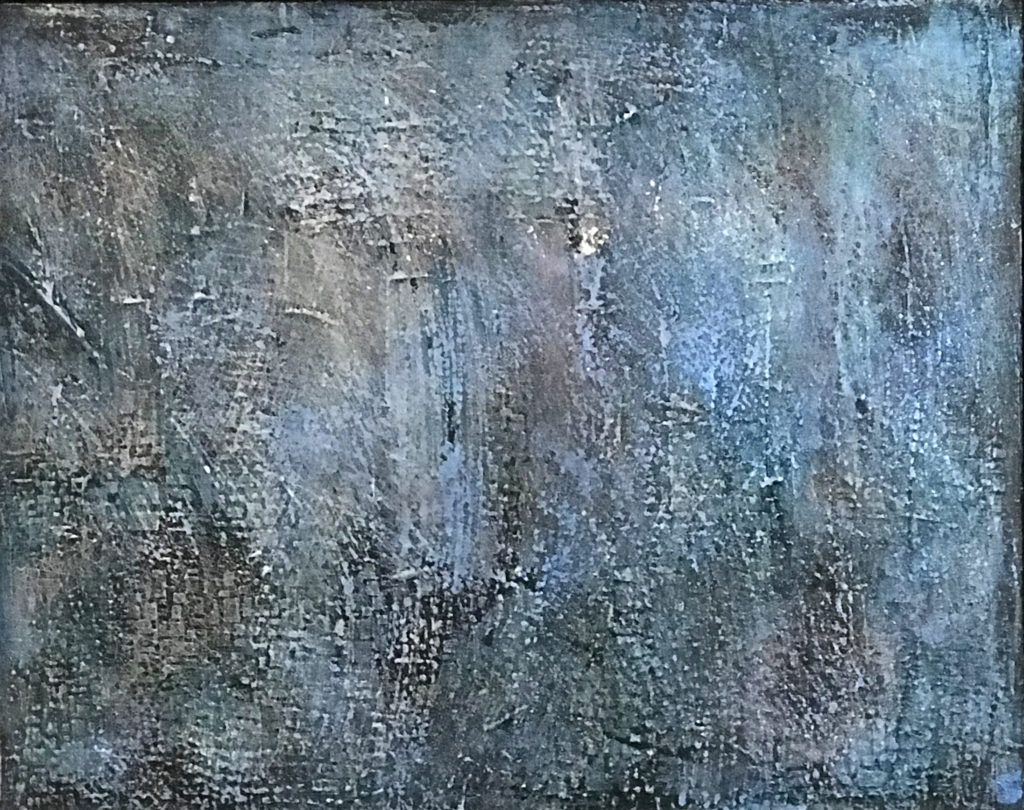 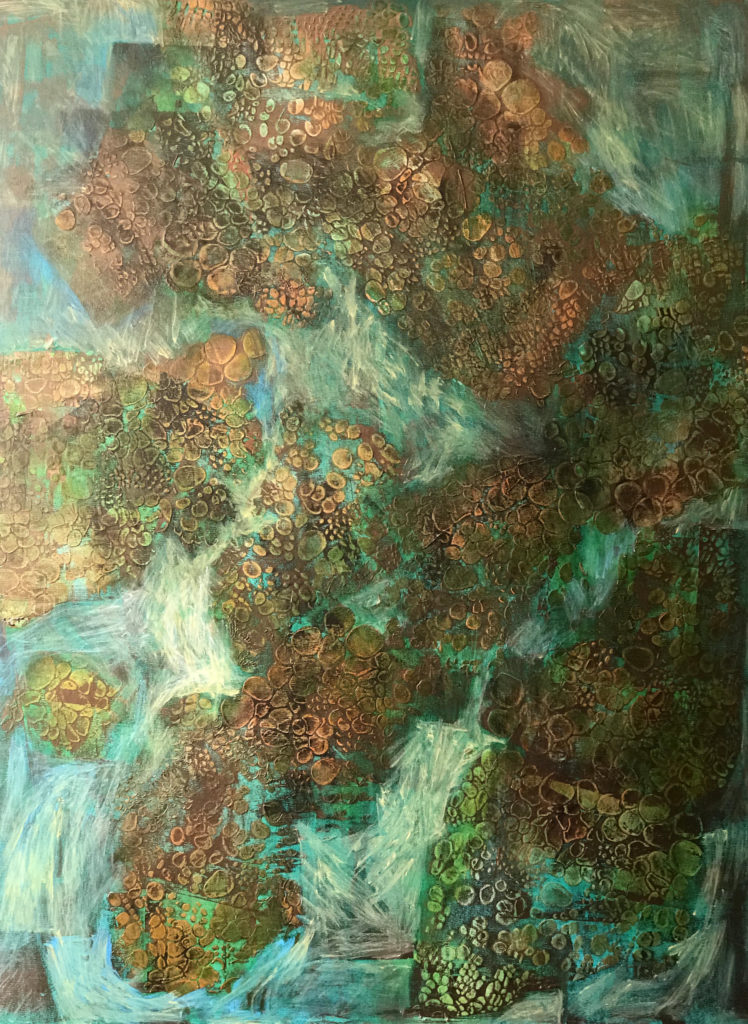 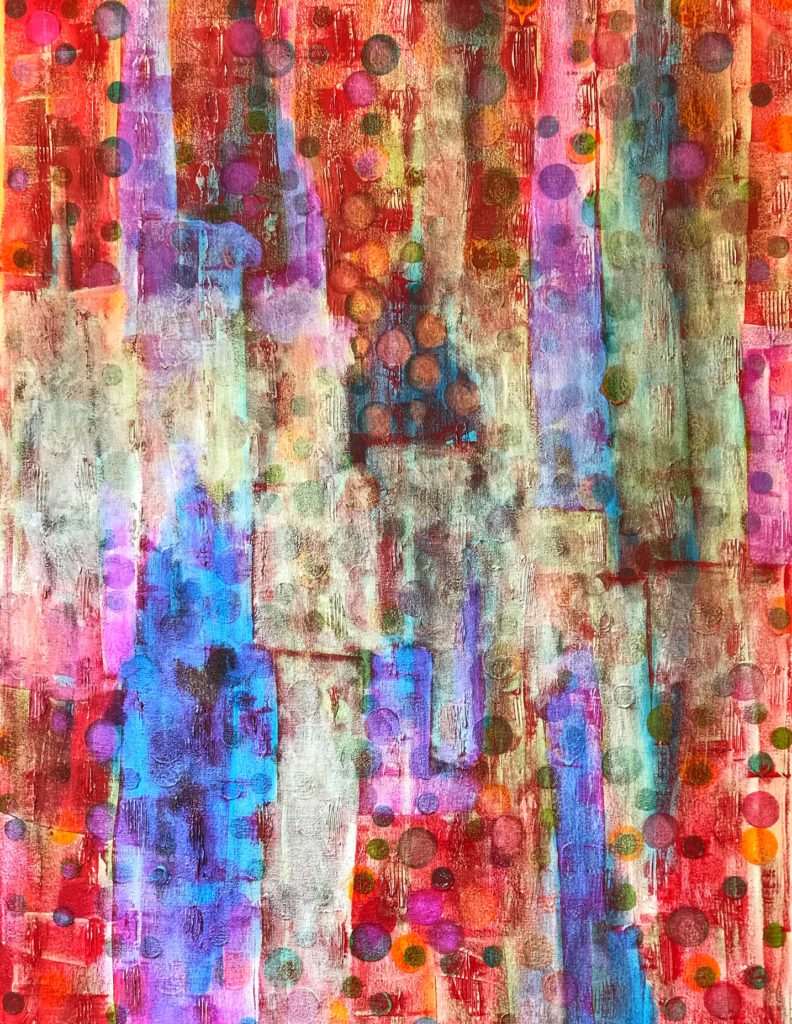 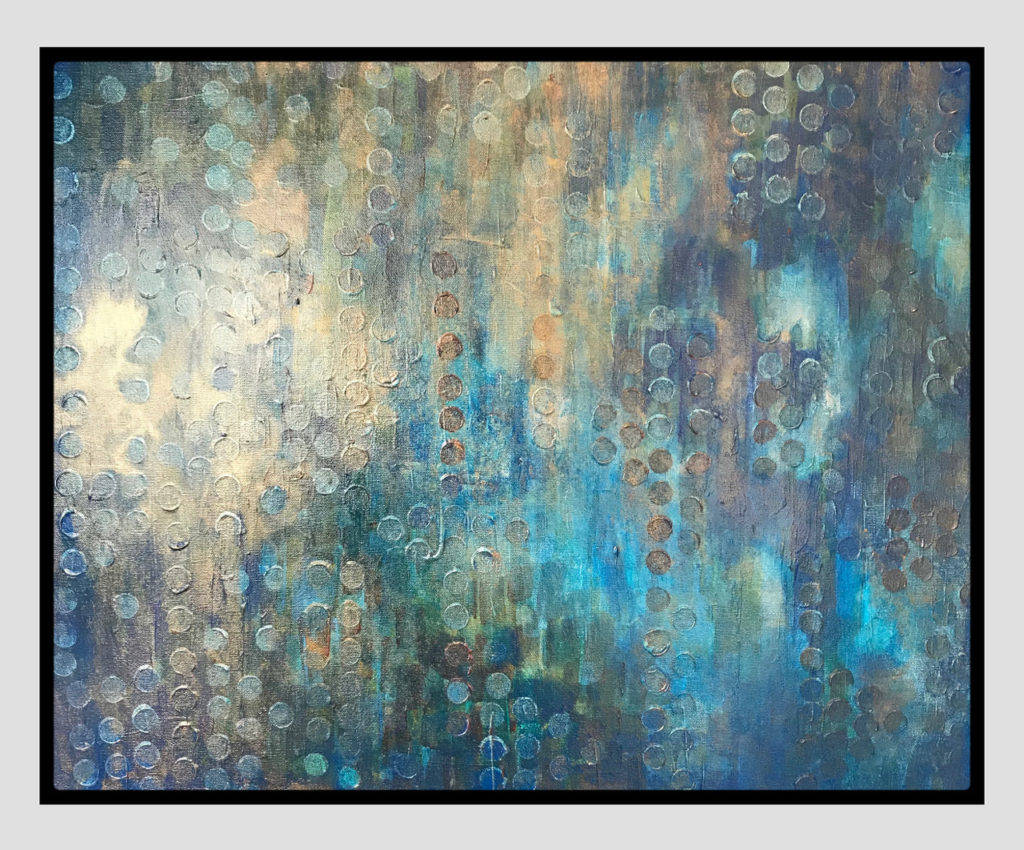 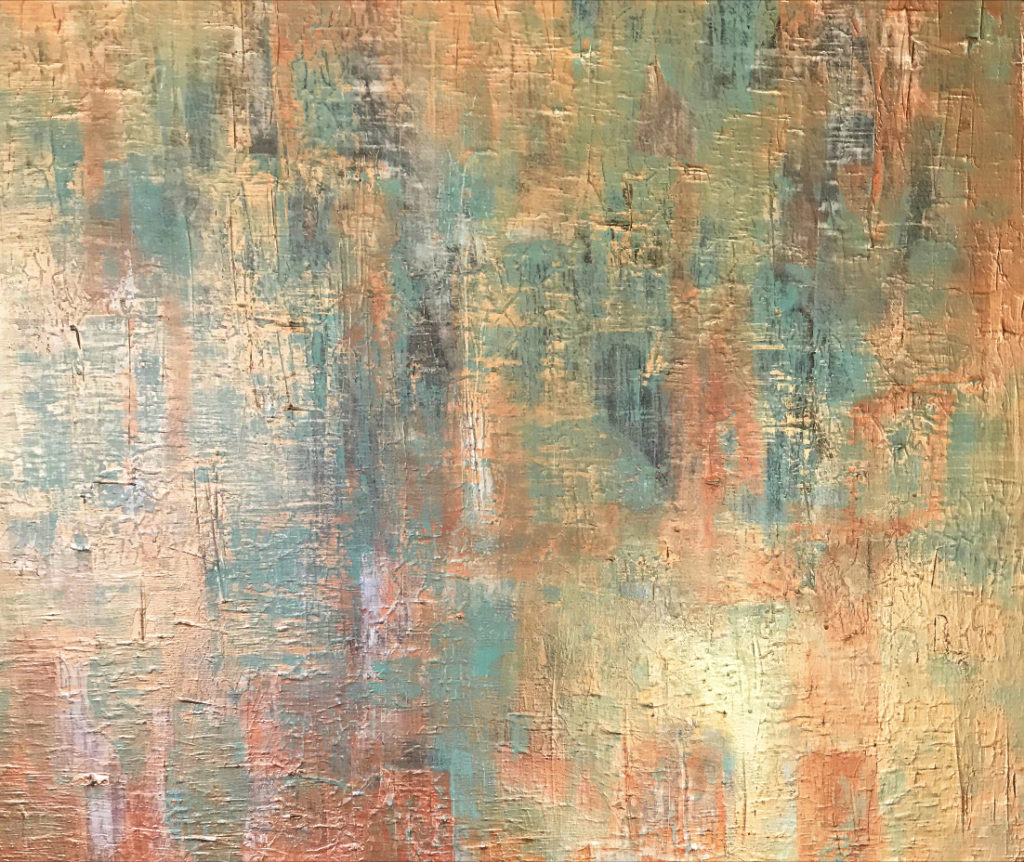 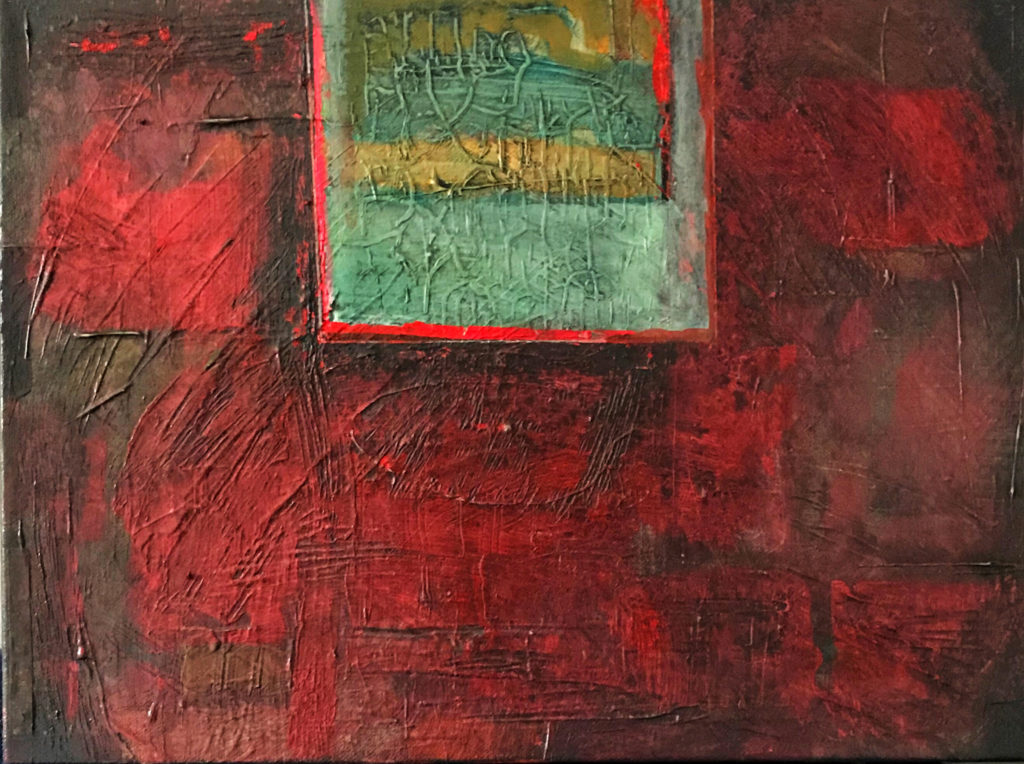 Shapes derived from natural objects seem to always interest me.  I don’t record anymore, I just observe and recall later by painting the images on canvas.  After a year’s stint with attempting simple color field paintings, I decided that I had to unite bright colors and bold shapes to calm my soul.  This time I had to use stencils and silk screen to achieve the desired effect of movement and a cacophony of excessive adornment.

Paul Hrusovsky received a BFA, MeD, and MFA from Ohio University, Athens, Ohio. He continued his post-graduate work at Washington University, St.Louis.
He showed locally at Somerhill and Tyndall Galleries as well as Craven Allen gallery here in Durham where he also was acting director for many years.
He has also had shows at WCU at Cullowhee, UNC at Chapel Hill, and numerous locations throughout St. Louis, Mo
Paul was a founding member of frank gallery in Chapel Hill and for over four years maintained a working studio and retail space in downtown Chapel Hill.
His works are found in numerous private and corporate collections.