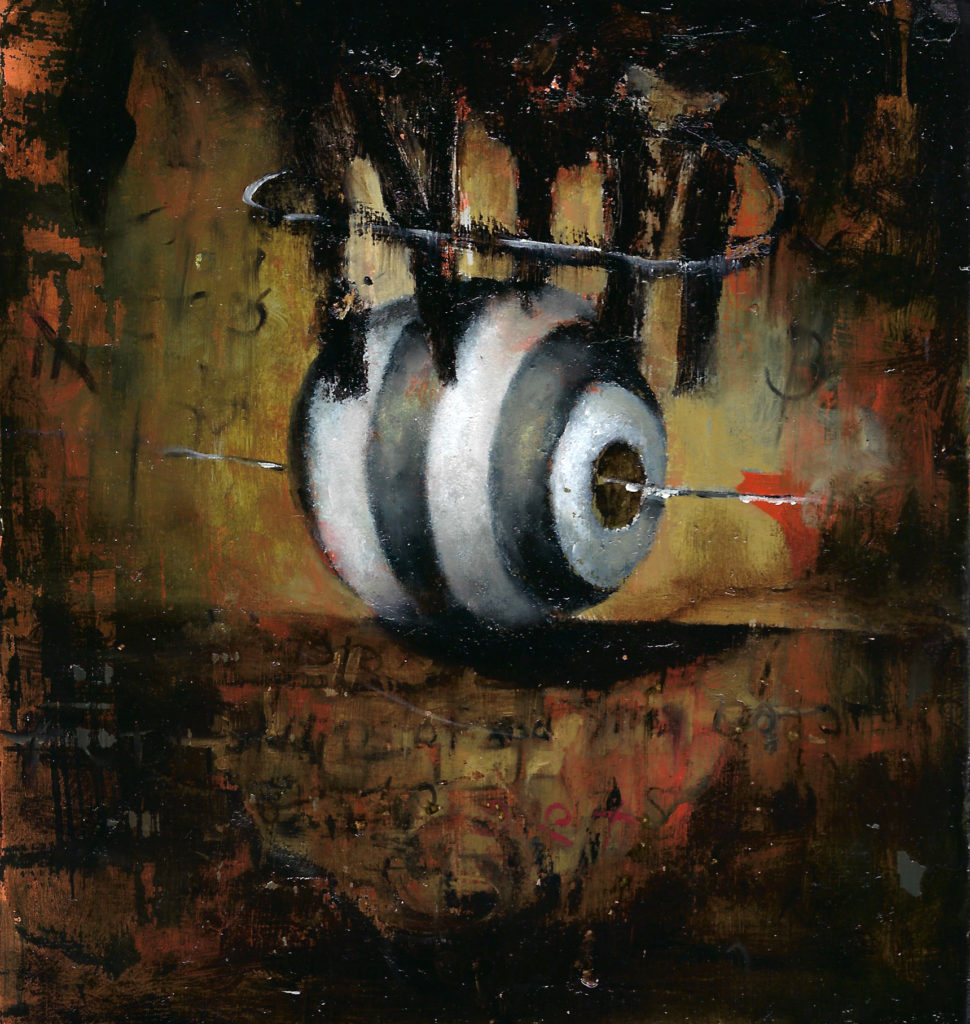 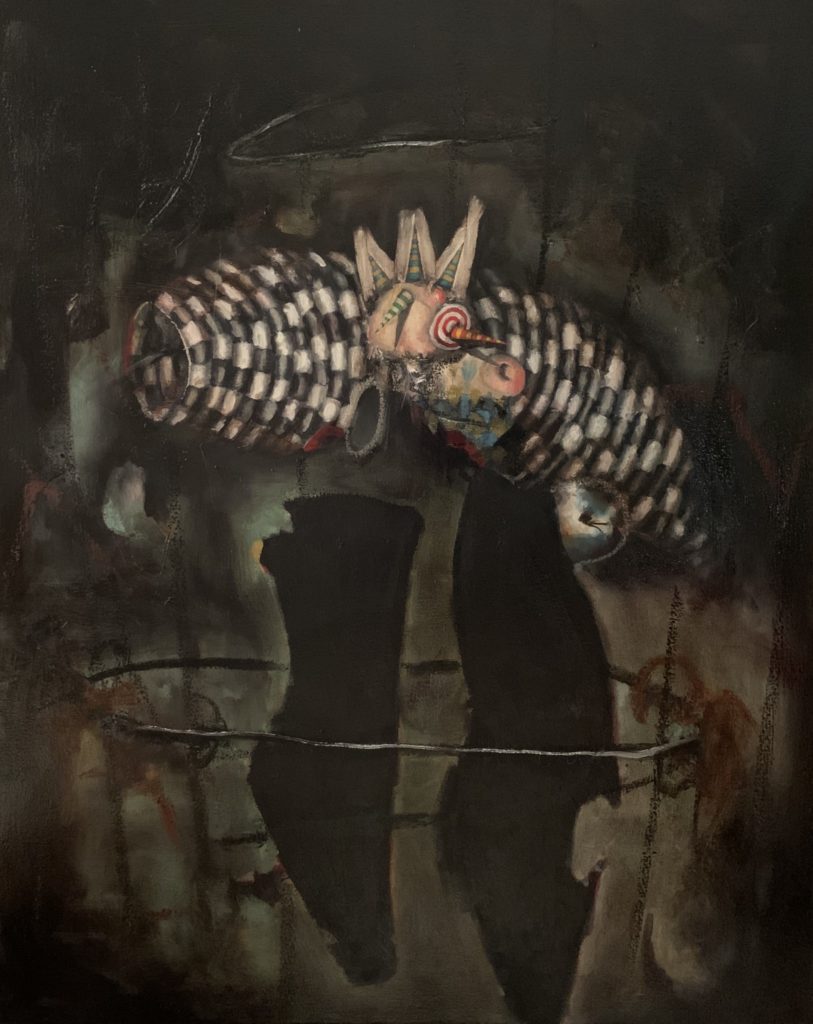 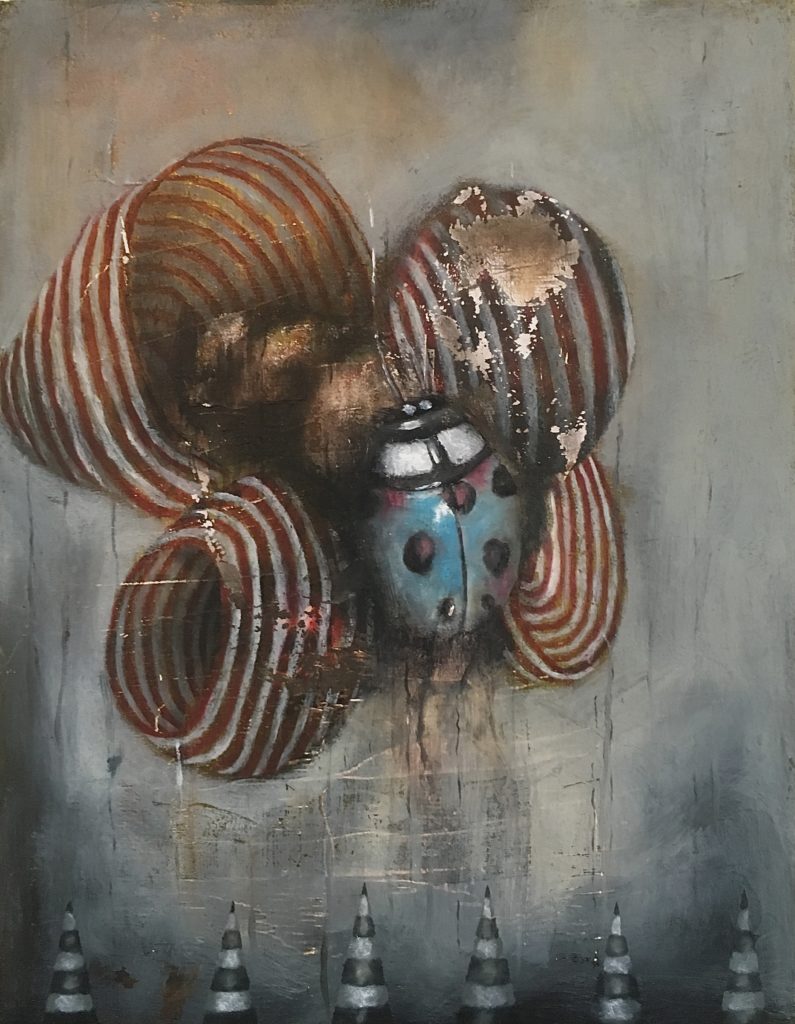 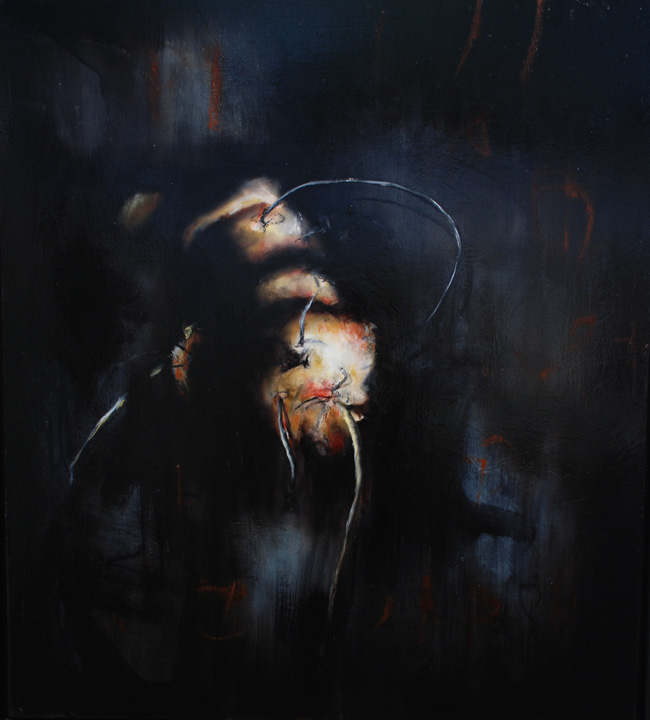 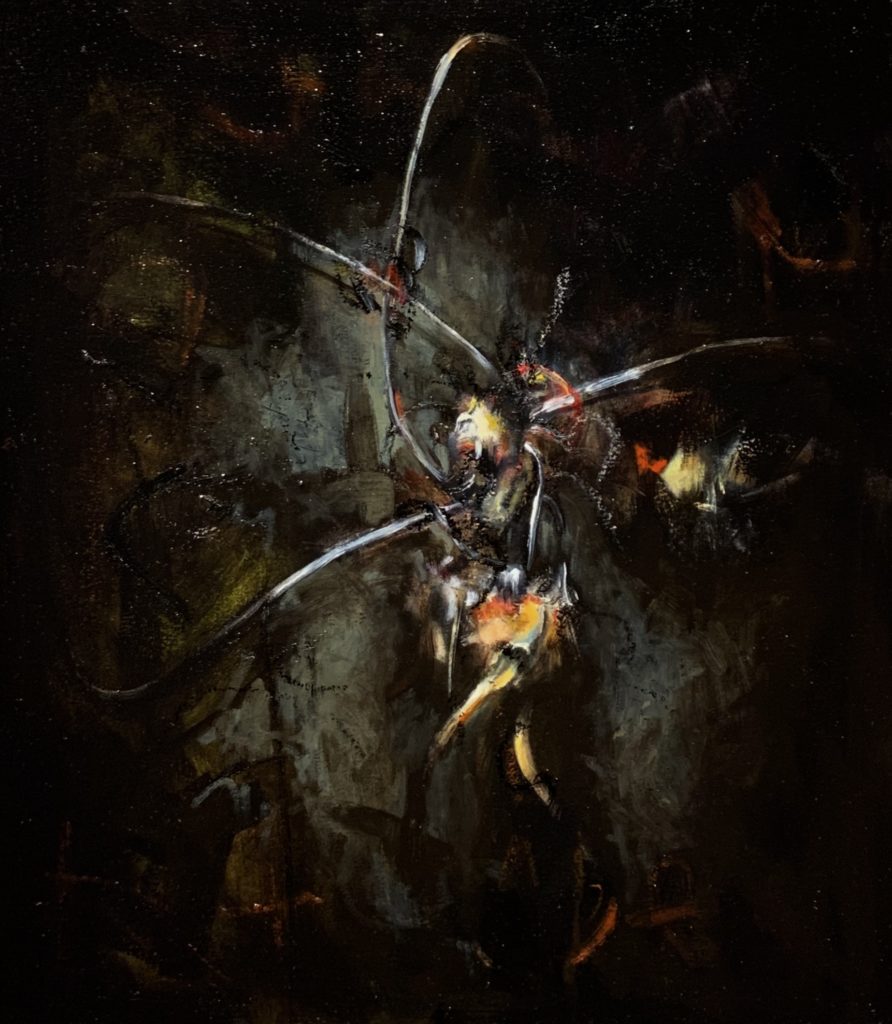 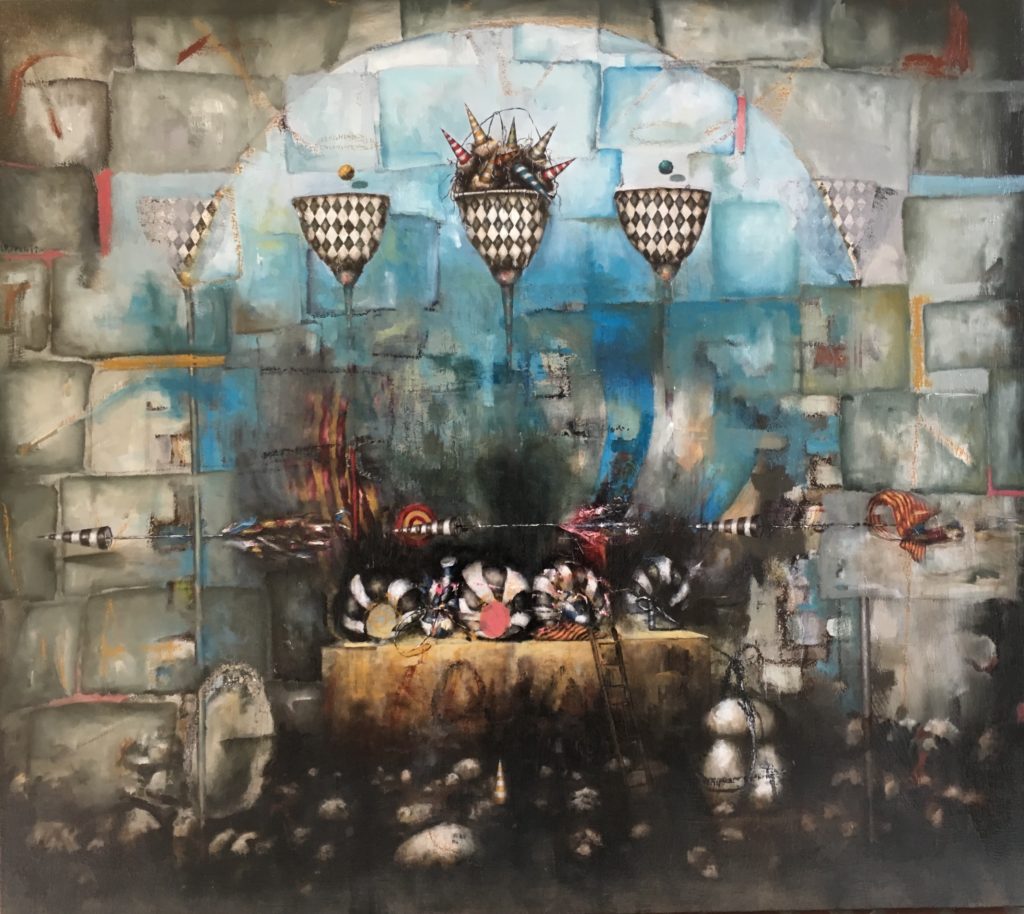 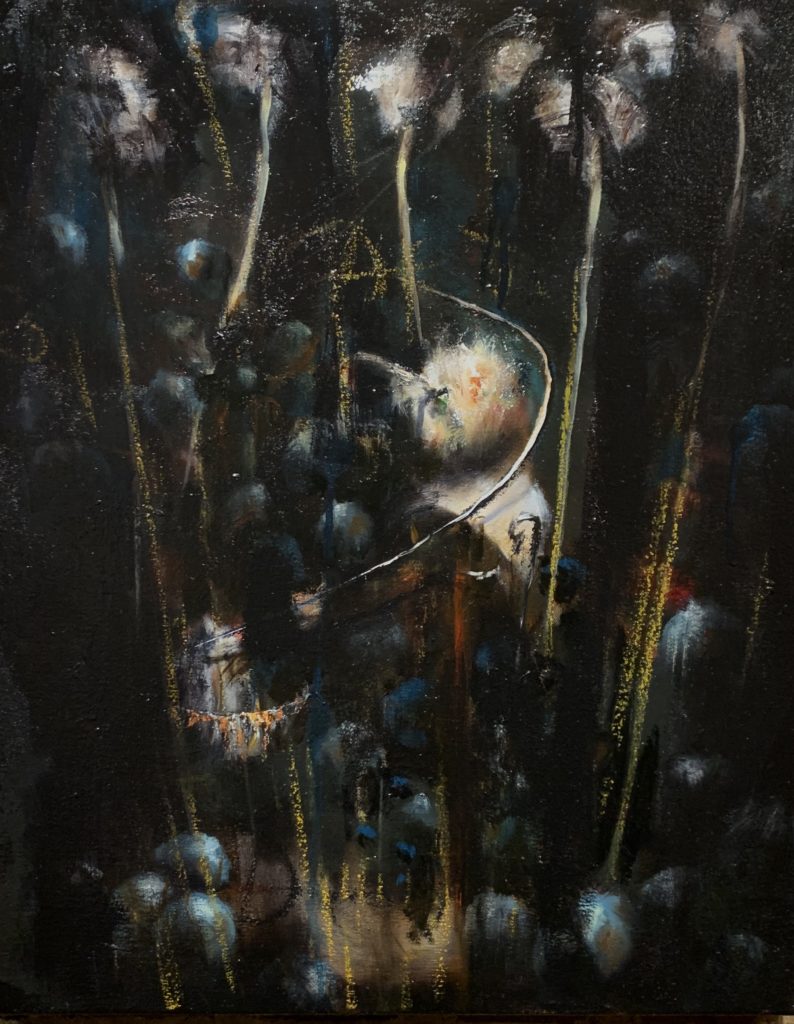 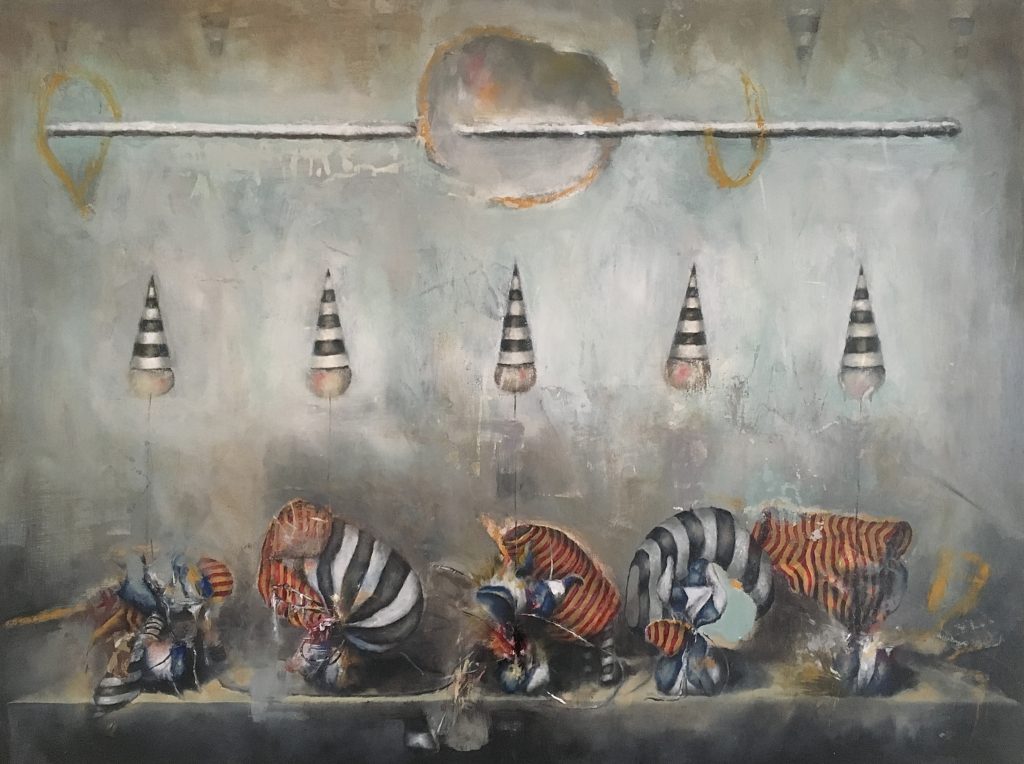 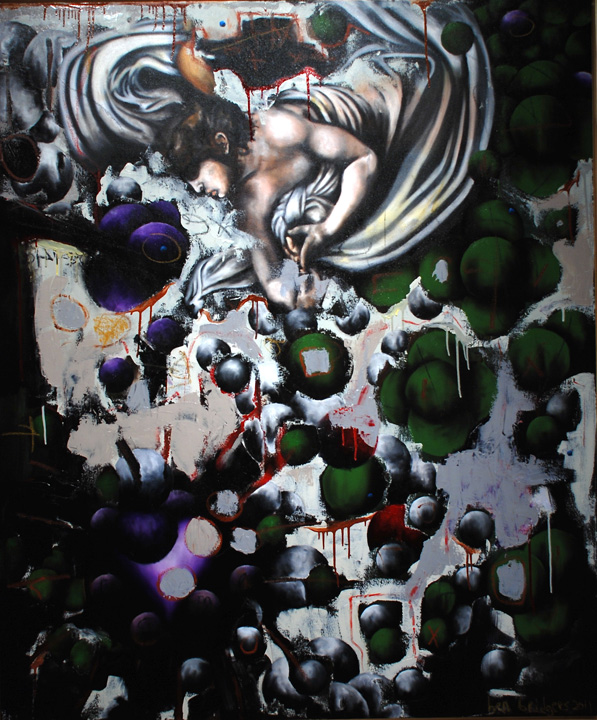 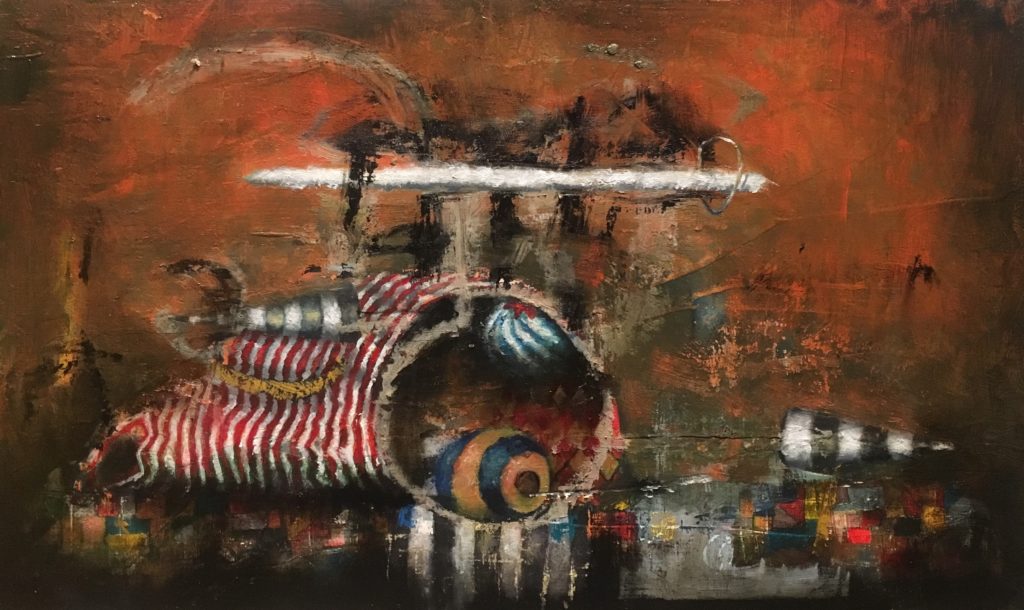 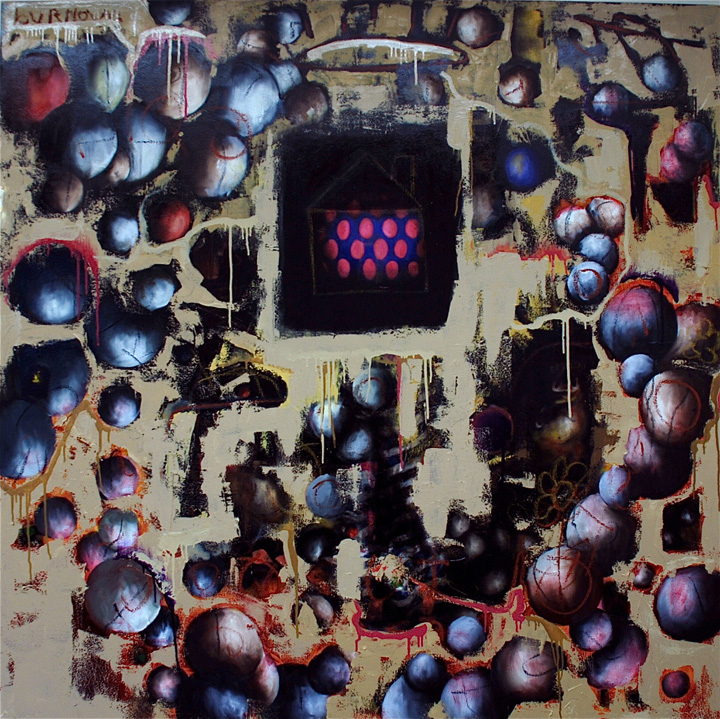 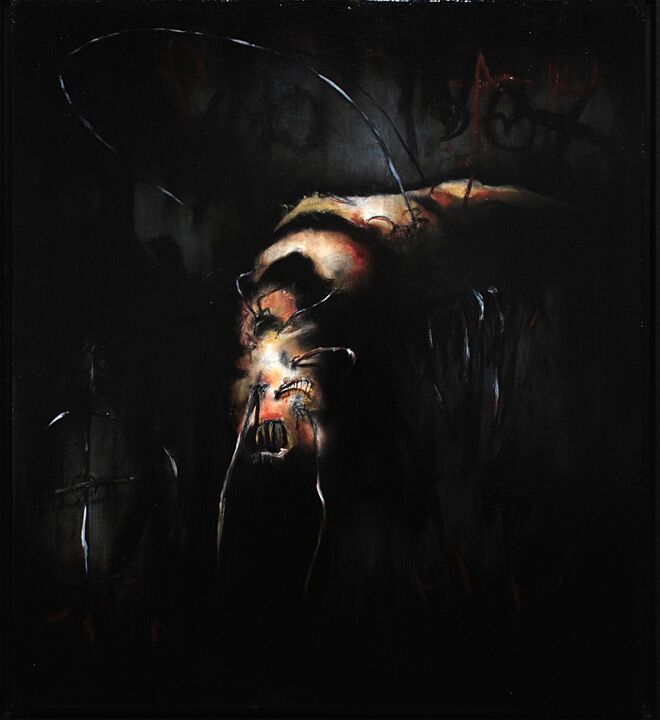 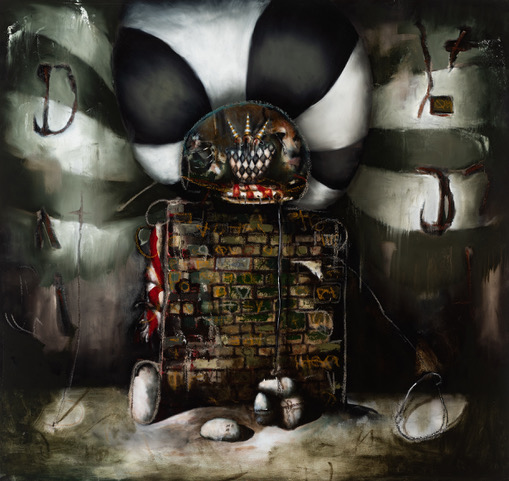 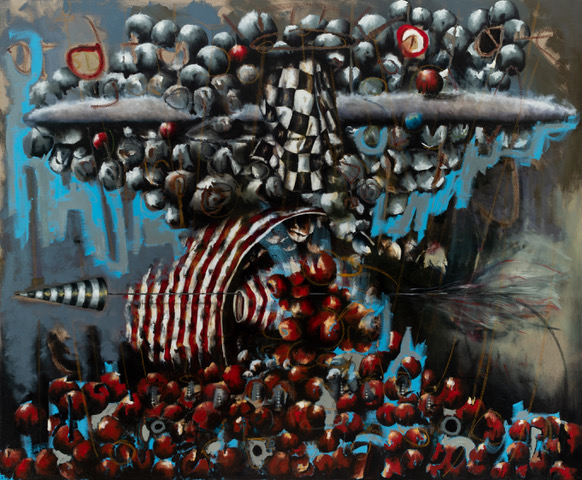 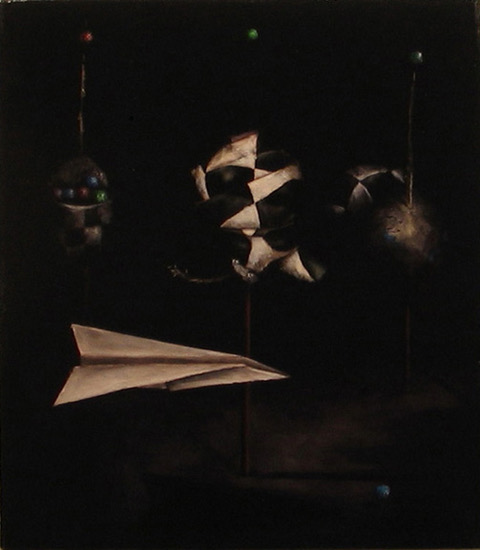 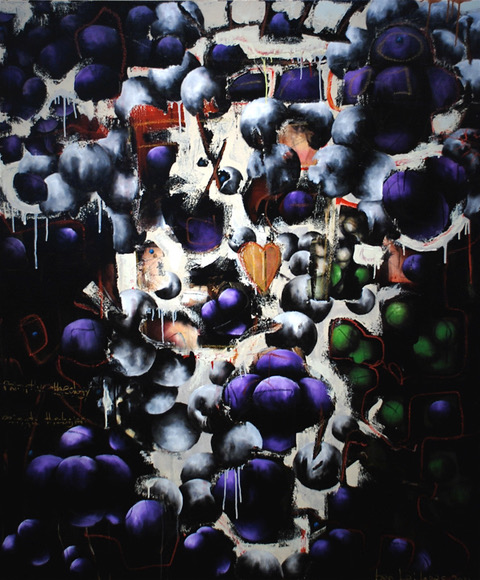 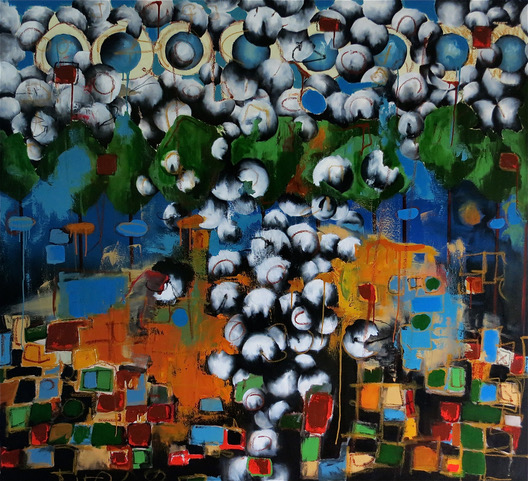 Ben Bridgers Is Vermeer with a “Thrasher” Subscription in “Back Burner”

Ben Bridgers’ enigmatic works combine the hallucinatory perspective of an outsider artist–whose first passion was skateboarding — with the skills of an accomplished painter who has taught at universities around the country and abroad.

Imagery from zines and crude vhs videos documenting skateboarding and punk music culture informed Bridgers earliest aesthetic sense, along with another passion: art.   “Skateboarding in the 1980’s was raw, illegal, and generally, unaccepted,” says Bridgers. “As a teenager, I would occasionally ditch school, go skate, and spend part of my day at the local art museum, to wander the galleries.  At the time I wasn’t familiar with art history, but those paintings were more interesting than anything else going on.”   He developed a deep appreciation for the artistry of painting as it developed over time, as well as for the visceral process of creating art.  He still stretches his own canvas over bars he has made, prepares his surfaces using traditional rabbit skin gesso, and paints in oil, a medium which, like skateboarding, demands patience and practice for mastery.

Bridgers’ juxtapositions of finely detailed figures or forms are often subtly illuminated within a dark void, reminiscent of old masters.  “My paintings are deeply embedded in historical and classical methods, materials, and processes while exploring a curiosity with the magic, mystery, and perversity of nature, “ says Bridgers.  “I continually return to themes surrounding transitory events such as home, landscape, migration, love, loss, absence, and how these themes relate to the natural compulsion to continue.”   Bridgers works on several canvases at a time over many months, as each work gradually reveals itself.

Ben Bridgers grew up in the rural farming community of Pilot, North Carolina.  He  earned an MFA in Painting and Drawing from the University of Georgia’s Lamar Dodd School of Art in Athens, and studied and taught at the university’s campus in Cortona, Italy.  He was an Associate Professor of Art in Painting and Drawing at the University of Redlands in California before returning to North Carolina in 2012.

Bridgers has maintained an active studio practice over the past 30 years and exhibited his work in galleries and museums across the United States. His work is held in public and private collections throughout the United States, Italy, and Japan. Currently, Bridgers lives and works in Durham, NC and is the Manager of the Park Collection and Exhibitions at the North Carolina Museum of Art.