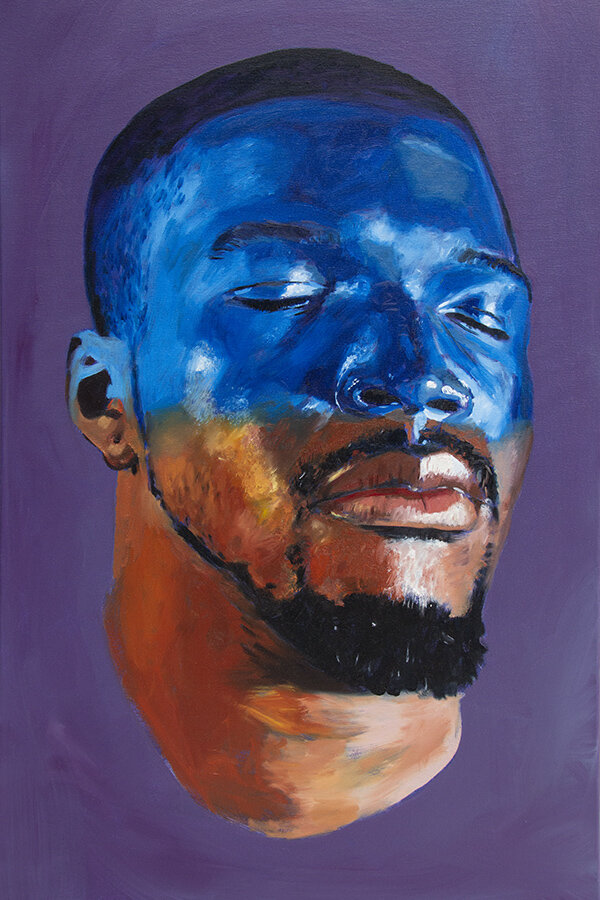 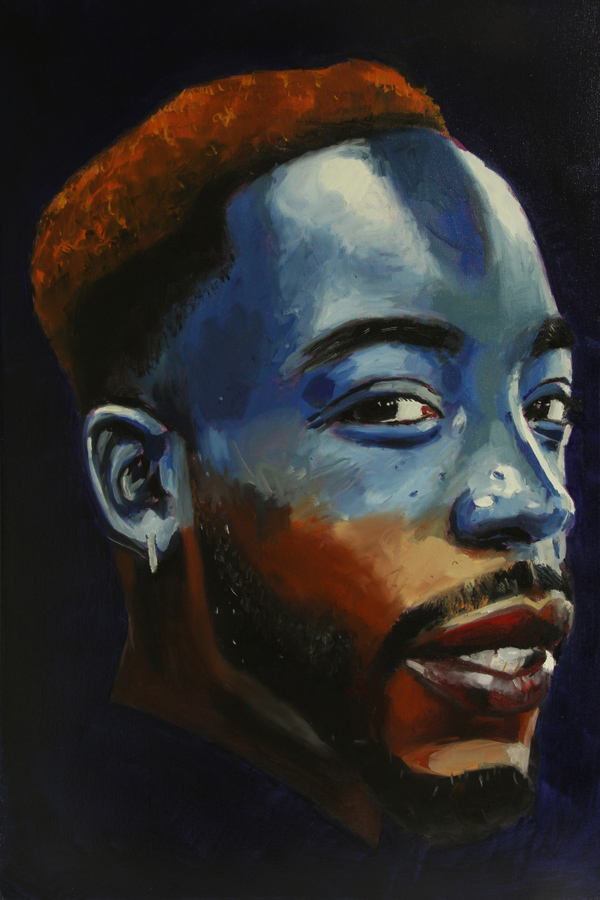 I paint representations of disembodied heads of people in my social circle and sometimes scrawl text directly over their likenesses. That text is often tinged with dry humor, at times it is politically incorrect, and is regularly derived from the spoken vernacular of the communities I have lived in. My overarching goal is to share with diverse audiences what I see as worthwhile subject matter. That might include religious symbolism or popular slang. I make pictures to document select parts of my life.

Many of us have immediate psychological connections to representations of the human face. We look for similarities between ourselves and those represented; note key differences between “us” and “them.” “He looks like so-and-so.” “She reminds me of whatshername.” Assumptions or questions about the subject’s state of mind usually follow. If the expression that the subject wears is ambiguous enough, we might begin to project our own emotions onto them to interpret the painting’s message.

I choose specific models as a way of recognizing their significance in my life’s path. I relish being able to honor everyday people through making images. We regularly celebrate women and men of prominence in mass media, so I take advantage of the opportunity to highlight the people that impact me on a more direct level than any untouchable celebrity or distant historical figure could. I integrate text and other symbols into the portrait work to narrow the subject matter to a certain degree and complicate the viewer’s understanding of the portrait subject’s identity. The work begins as an intimate acknowledgement of an individual and is subsequently transformed into a set of symbols poised for the viewer’s investigation.

William Paul Thomas is a visual artist based in Durham, North Carolina.  His work is centered on making images to record his life experiences and observations, with an approach that defies standard documentary practices. For over 10 years he has created intimate painted portraits of everyday people that he chooses as a way of recognizing their significance in his life’s path. In addition to painting and drawing, he also experiments with video and photography to capture idiosyncratic, abstracted depictions of love, joy and adversity.  He earned a BFA in Studio Art from the University of Wisconsin-Whitewater and an MFA from the University of North Carolina-Chapel Hill.