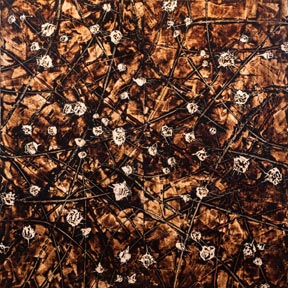 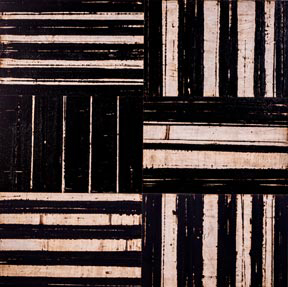 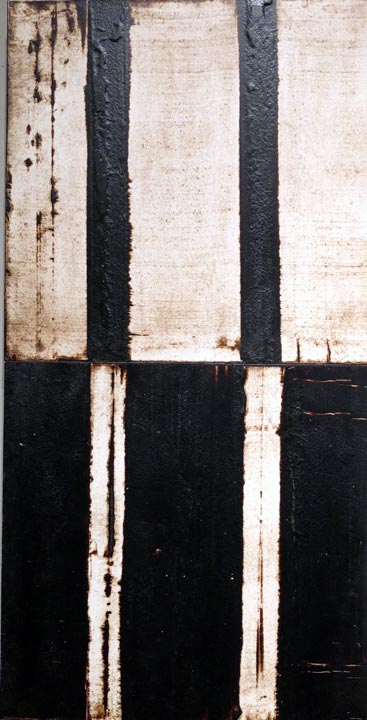 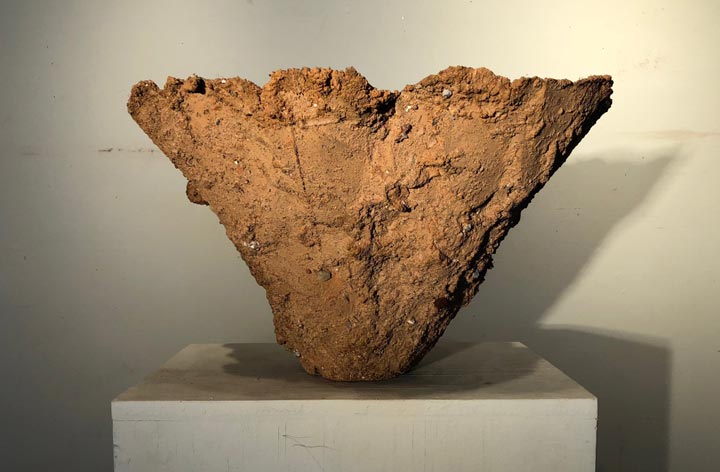 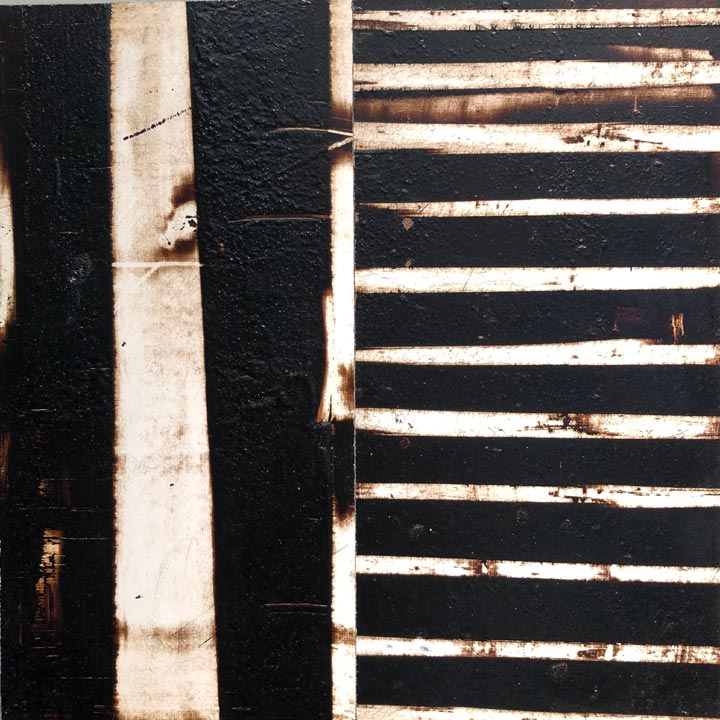 THOMAS SAYRE
BETWEEN DIRT AND SKY

GALLERY TALK: SO WHAT IS BETWEEN EARTH AND SKY?

Thomas Sayre’s art is firmly rooted in landscape.  The paintings in Between Dirt and Sky are inspired the farms and barns of the rural south.  Like Sayre’s iconic large-scale earthcast sculptures–found in public and private spaces all of the world—Sayre’s process is intensely physical, utilizing unusual materials, including roofing tar and dirt. The images hover between abstraction and realism, with a texture and depth that give them a visceral intensity.

Between Dirt and Sky is a more intimate version of the touring installation White Gold, which premiered at CAM in Raleigh, and is currently at the Mississippi Museum of Art in Jackson.  Sayre first introduced cotton-inspired paintings as part of Craven Allen’s show Medici Schmedici, which highlighted the value of collectors in the careers of artists.

Triangle residents will be familiar with the series of large earthcast rings, Gyre, which have become one of the most beloved works at the North Carolina Museum of Art. In addition to the paintings, several earthcast sculptures will also be on display at the gallery.

Craven Allen Gallery is located at 1106 ½ Broad Street in Durham. Gallery hours are from 10 a.m. to 6 p.m. Monday through Friday, and 10 a.m. to 4 p.m. on Saturday. For more information, please call the gallery at 286-4837 or visit www.CravenAllenGallery.com.

Between Dirt and Sky is an exhibition of paintings about our quirky, haunted southern landscape. Related to the touring museum exhibition entitled: White Gold (which began at CAM Raleigh), these smaller, more intimate works refer to dense agricultural fields (cotton in particular) and the barns which act as protecting sentinels, overseeing the furrows. Each of these pieces were made from somewhere between hand and mind, chance and control, beauty and tragedy . . . somewhere between dirt and sky.

Thomas’ recent awards include the 2012 North Carolina Award for Fine Arts and received an honorary doctorate from NC State University in the Spring of 2014.   A documentary about the life of Thomas Sayre,  Earthcaster,  was recently shown nationally on PBS.

Thomas’ current work includes Oberlin Rising, a memorial in Raleigh, White Gold, a one person exhibition at the Mississippi Museum of Art, and a large new public commission in downtown Tampa, Florida.  A resident of Raleigh, Thomas is married to Joan-Ellen Deck, whom he met while touring as a professional musician in the rock and roll band, Dog Days. Together they have two daughters. 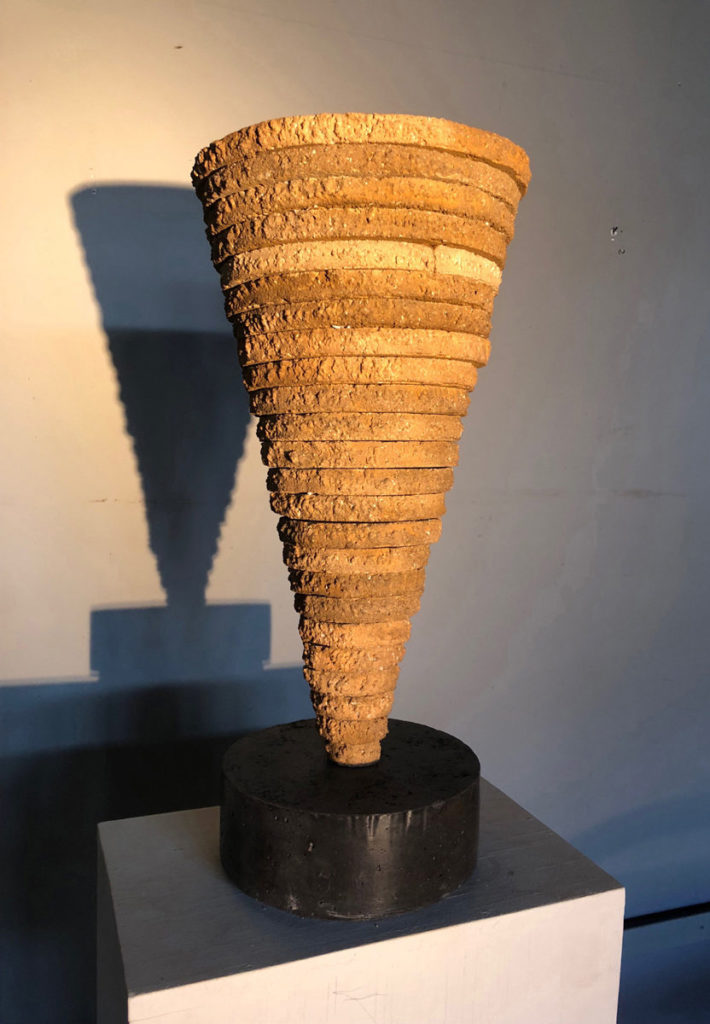 To create his huge mixed media panels, Sayre began where, over the past two decades, he has become most comfortable–with North Carolina’s indigenous red clay soil. Here, he rubbed the dirt into the sanded, pre-laminated white Masonite boards, as if to reassert the work’s connection to the place it describes. To form the sprawling tangle of cotton plant stalks, he then used sticks and nozzled bottles to fling and squirt streams of clear acrylic floor finish across the mud-stained wood surface, lining up several panels on the floor at a time so as to not interrupt his arcs of movement. To be sure, the spontaneously streaked, splashed, and dribbled markings invoke Jackson Pollock’s gestural compositions. Like the New York School painter, Sayre turns our attention to the physical act of painting. But while Pollock’s improvisational paint-flinging is non-representational, Sayre’s draws on the physical action of portraying the cotton to evoke the labor that has been exploited in harvesting it.