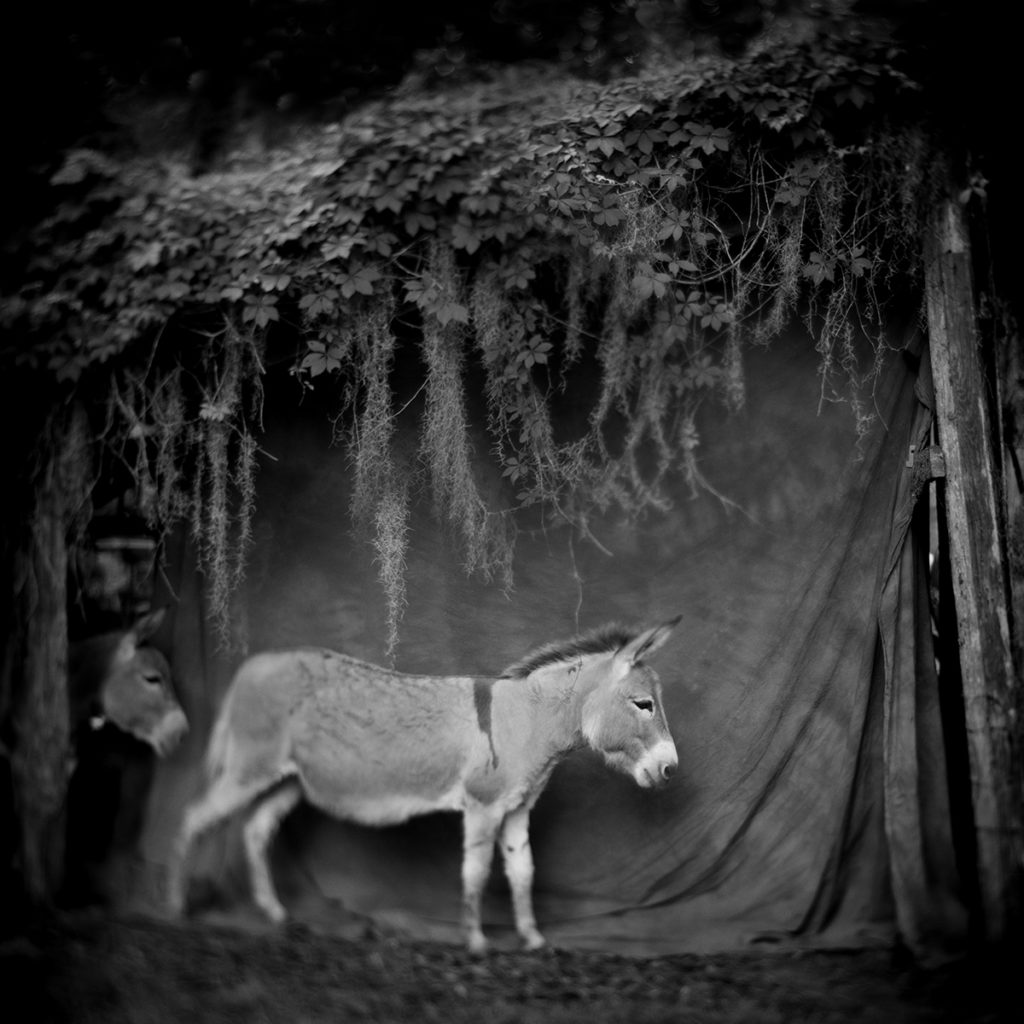 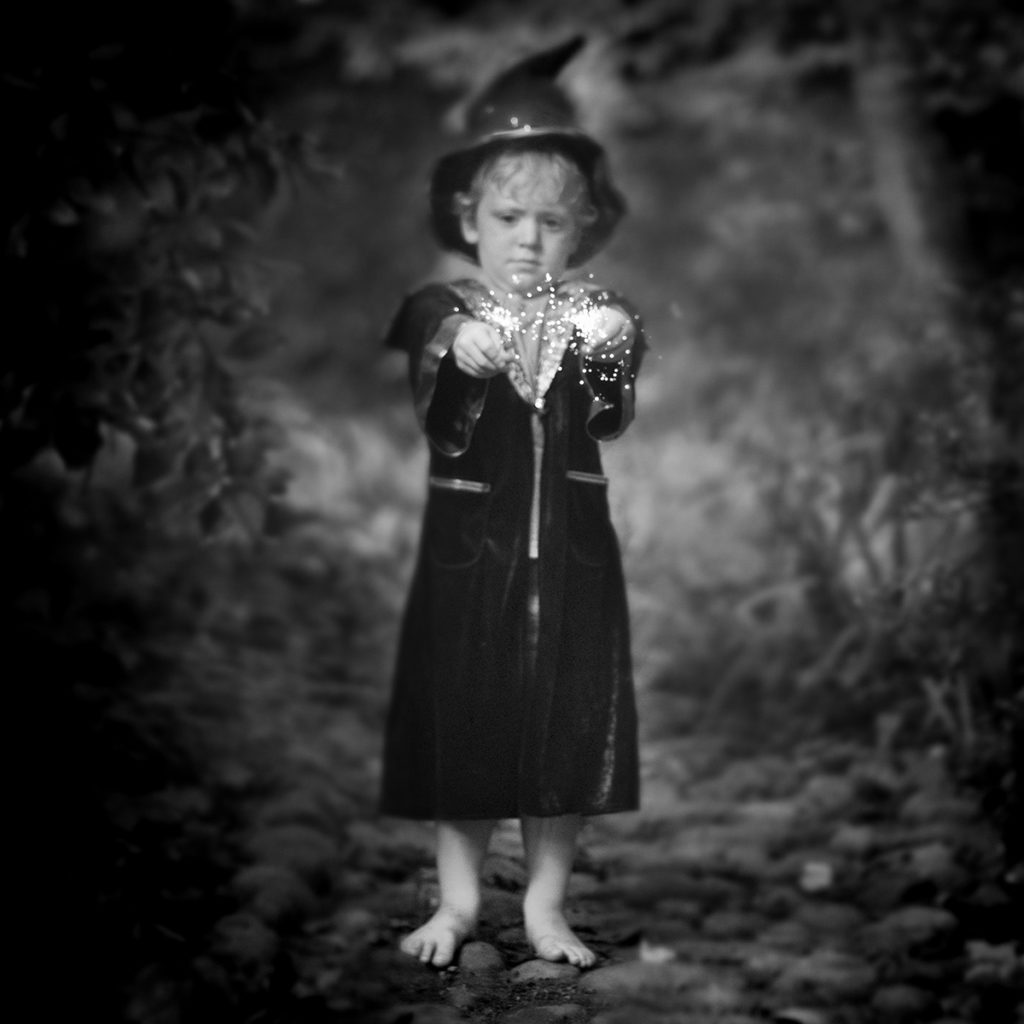 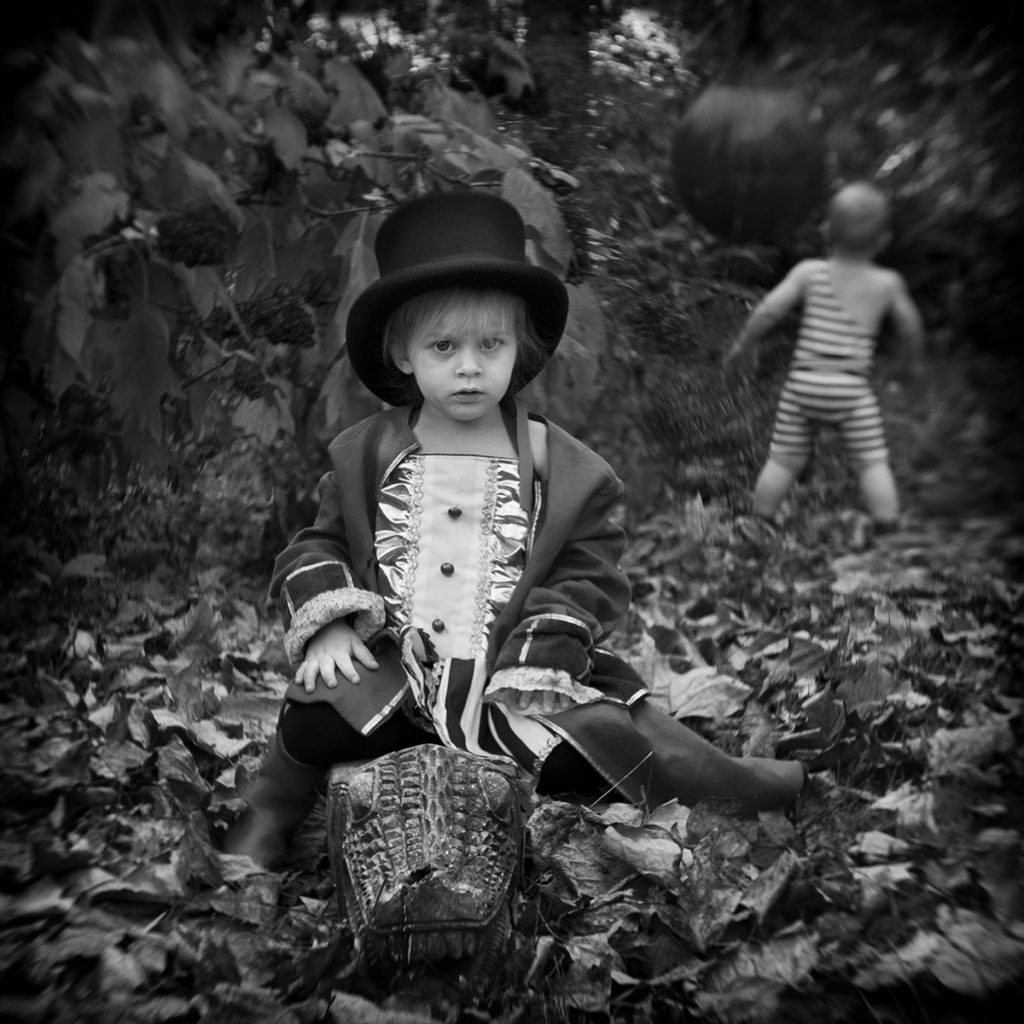 APRIL IS THE CRUELEST MONTH
In The Wasteland T. S. Eliot took the ancient myth of the wounded hero seeking a way to heal a broken, dead land and made it an emblem of contemporary life. This quest for the Grail is also his search for spiritual meaning in a society that has dismissed classical culture and rejected traditional beliefs. It is still an important theme to consider because it impacts how we treat the earth and our fellow man. The first line of the poem, April is the Cruelest Month, juxtaposes spring’s promise of new life with the reality of the dead, dry landscape. Children are in the April of their lives, just beginning their journey. Will they be blinded by the unreal universe that technology has created and distracted by superficial but overpowering material creations, or will they embrace and protect the natural world and seek spiritual meaning in their lives? My photographs of children allude to something broken, but they are not sad. Life is difficult but wonderful; darkness and light still exist in equal parts. Ugliness is balanced by loveliness, sorrow by pleasure and failure by grace.

These photographs are the children’s creations, not my constructions. I don’t give them direction but show them as heroes in their own epics, facing their fears while exploring visible and invisible realms. Their demeanors, which perhaps at first glance seem uncomfortable or sad, are curious and intense. Animals, nature, and possessions become symbols to help them manage things they aren’t ready to understand. Enchantment and magic are tools for creating meaning. These elements are “the fragments I have shored against my ruins.” I use antique analog lenses to make square black and white prints, purposely creating an atmosphere of nostalgia and a longing for a green and meaningful past, but the natural settings, the children themselves and the metaphorical elements speak of hope and grace. This project reveals the world through the eyes of a child and also speaks to how we as adults view and grow into our own childhoods.

Anne Berry is an artist from Atlanta, Georgia. She is best known for photographs of children and animals that capture the enchantment and power of the natural world. In 2013 and 2014 Critical Mass included her work in their Top 50 Portfolios. Anne has had solo exhibitions at the Centre for Visual and Performing Arts in Newnan, GA, The Lamar Dodd Art Center in LAGrange, GA and The Rankin Arts Center in Columbus, GA. She has exhibited nationally and internationally, including The Fox Talbot Museum in Lacock, England, SCAN Tarragona in Spain, The Museum of Photographic Arts in San Diego, and the Ogden Museum of Southern Arts in New Orleans. Books include Through Glass (North Light Press, 2014) and Primates (21st Editions, 2017). Anne’s work is featured in National Geographic Proof, Feature Shoot, The Flannery O’Connor Review, Hufffington Post and Lens Culture, among others. Anne is a founding member of Pigs Fly Photography Collective. Anne lives in Newnan, GA. 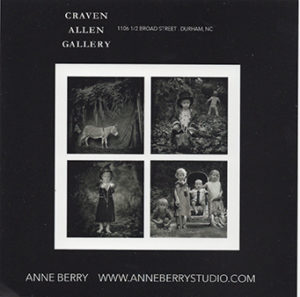 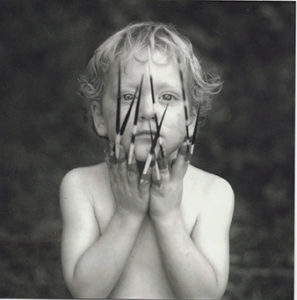